I have recently been asked how I came to UCB. Where did this journey begin?

I want to share with you a few thoughts about the power of having a God-given dream. If God has given you a dream, do not give up on it.

I first came to the UK in 1973. I was a rebellious young man, running from the Christian upbringing I had been given. I wanted to strike out on my own, but it didn’t take long before I realised that I missed the precious atmosphere of God’s presence in my life. I went to visit my brother who was attending the Assemblies of God conference in Minehead. I had not planned to go to the actual conference – just to meet up with my brother – but I stayed for the meetings, and I had a powerful encounter with the Holy Spirit which changed my life.

I believe God gave me insight into the verse in Genesis 1:28, where God said to Adam: ‘Be fruitful and increase in number; fill the earth and subdue it.’ For years, we have read this as a command to have children and populate the earth, but I believe this is also a command to be creative and fruitful in whatever we turn our hands to. By reading God’s Word, I began to develop business principles to live by, and over time, God allowed me to become very fruitful.

I started out as a janitor working for a national retail chain, and before too long, I became a warehouse manager, moving to store manager, until eventually (after 23 years), I became the Head of their national discount chain. God had truly fulfilled His promise to me to take me to the Boardroom. It wasn’t because I wanted the ‘position’ or the power. It was because I believed that God wanted me to be fruitful in what I did. However, I had to learn some painful lessons along the way.

In 1988, the business was going very well, and my wife and I had a good life, when very suddenly, we lost our 13-month-old son, Jamie. Our lives were devastated, and we cried out to God for answers, trying to understand what God’s purpose was. However, in years to come, God gave me a very powerful burden for the children and youth of the world. I had seen my own son die, and I couldn’t bear to see the young generation spiritually dead and eventually leaving this world not knowing Jesus as their personal saviour and friend.

Over time, God brought me into contact with the wonderful organisation OneHope, and eventually He led me out of the retail industry to work full time as a missionary with OneHope. Those were challenging times, but God was so faithful to our family.

I served in that capacity for five years, and then through a mutual friend, I was invited to a meeting at UCB. During my time in retail, the Welsh singer Bryn Yemm had sung in many of our stores. He was also a friend of UCB and had said to members of the leadership team at UCB, ‘You need to meet this French guy’. I was initially invited to share my testimony on air, and I had the opportunity to have coffee with Ian Mackie, the founder and at the time Chief Executive of UCB. Over a long period of many prayerful conversations with Ian Mackie, I eventually joined UCB, initially as a Trustee and then as Ministry Director. We were later able to merge OneHope UK into UCB.

And then in 2010, after many faithful years serving as the Chief Executive, Ian Mackie took on additional responsibilities with UCB International. This eventually led me to take on the role of Chief Executive.

There have been difficult times in our ministry journey, but God has been faithful to the dream He gave me in 1973. If God has given you a dream, be faithful to His Word and don’t give up. 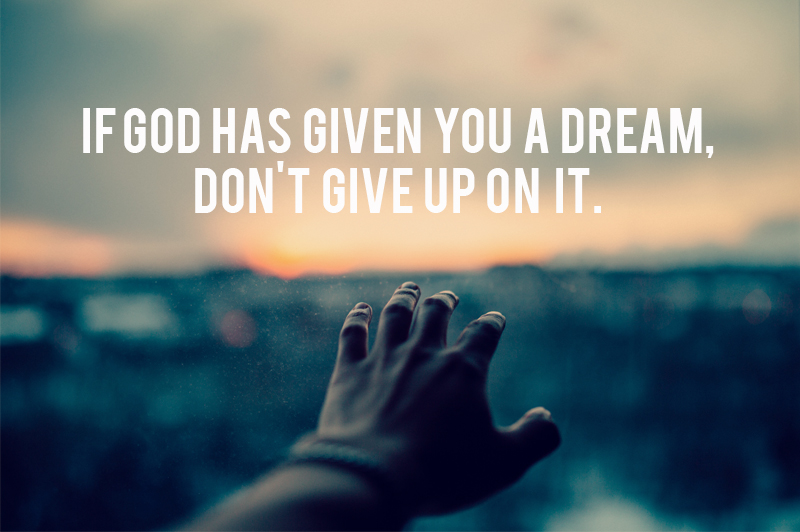 6 thoughts on “If God has given you a dream, don’t give up on it”